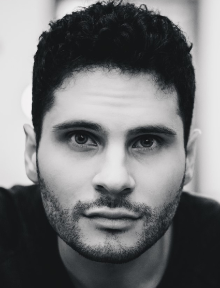 Drew Michael broke out with his self-titled, one-hour special on HBO ("Drew Michael"), released to widespread critical acclaim. Its radical approach in both format and content led "The New York Times" to exalt it as “thrillingly subversive,” while "GQ" raved that Drew “represents the past and future of stand-up comedy.” The special earned a prestigious Writers Guild Award nomination, the only stand-up special to do so in the last five years.


Drew has also released a half-hour special on Comedy Central ("The Half Hour") as well as three full-length live albums ("Drew Michael", "Funny to Death," "Lovely"), which debuted at #1 on the iTunes charts. He has also written for "Saturday Night Live."

Drew has also done a lot of other things, most of which are not relevant here.

This show is 21+ (18+ with a parent or legal guardian over the age of 30). All minors will be wrist-banded or stamped and no alcohol will be served at the table. Please note, there is a 2 item per person minimum in the showroom. Tickets will be available for pick up at the box office 45 minutes prior to the show.

Drew Michael is a clinical narcissist who spends hours each day reading his own tweets, lamenting the fact that they were under-appreciated. He only cares about himself and that's why he'll never learn how to be intimate in a meaningful way.

Drew now lives in New York. (Away from me, thank god.) He was born and raised in Chicago, and that's where he started doing his "act." He spent 6 years there doing open mics, bar shows, clubs, colleges, traveling the country doing stand-up, performing in over 400 shows a year. Or so he said. Either way, he was never home. He never took me out. He was too busy scribbling self-involved bullshit into a notebook. The few shows he let me come to he made me sit in the back and he wouldn't even talk to me before the show. I guess it paid off because TimeOut Chicago said he was "smart, funny, and unabashedly crass," which, as you can expect, went straight to his giant head. He was a New Face in the 2014 Montreal Just For Laughs festival earning rave reviews from Laughspin.com: "...deviates so easily from the setup-punch line formula to great effect." Ugh. People are so easily amused.

Drew released his first album (Lovely) in 2013. The album debuted #1 on the iTunes comedy charts, which is surprising considering it's this really pretentious love-concept album that nobody understands. He also does this stupid podcast (I Might Be Wrong) where he just sits in his apartment and complains for a half-hour each week. He thinks he's being really honest and profound when he talks about esoteric topics but the truth is he can't sit still with his own thoughts so he forces them down the throats of his listeners.

Anyway, Drew is kind of funny, I guess, if you're into weird jokes about death or Hitler or love or the arbitrariness of our social constructs or whatever else he thinks he knows about. If that's your thing, you should probably go see him soon because at this rate, he'll probably get murdered, most likely by me. Or himself.