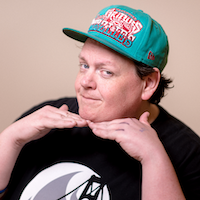 Alex Price
At six feet, nine inches, Alex Price was always going to be the center of attention anyway. He developed an outsized sense of humor to match his physical stature and quickly became known in comedy circles far away from his native Indiana. His unflinching, self-deprecating and hilarious take on life as an actual giant form the basis of an act that's garnered him opening spots for Kyle Kinane, Brian Posehn, and Hannibal Buress and many appearances at festivals across the country such as SF Sketchfest and The Limestone Comedy Festival. It's a perspective you've likely never considered, but that you're sure to never forget. 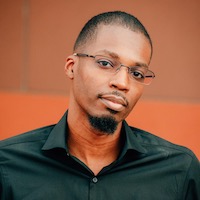 Deon Curry
When Deon Curry was 4 years old he told his dad he wanted to be a brain surgeon...and then he cut his finger and passed out from the sight of his own blood. When he came to his dad was on the floor laughing. Deon knew then that his calling was making people laugh! With a laidback in your face persona modeled after his comedic hero’s Chris Rock and Dave Chappelle Deon Curry makes his audience’s laugh and think! From stand up comedy to his co hosting duties on the podcasts Now That’s Debatable, Sorry We’re Canceled, and The Patdown with Ms.Pat he shares his funny poignant truth!